With the climate marches in recent weeks, it’s obvious that people are more and more aware of the impact of human activity on the planet, but the challenge for many is knowing where they can take action in their own lives.

One thing that is almost universally accepted, however, is that electricity has a critical role to play in creating the low carbon energy system of the future. Electricity is decarbonising at a much faster rate than other forms of energy so switching to electricity is now seen as a pathway for other sectors to meet their carbon targets, particularly the transport and heating sectors. 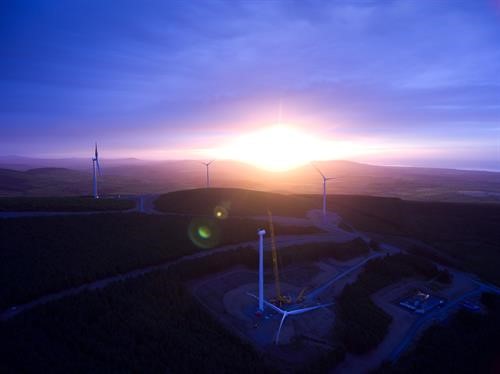 In Ireland, electricity accounts for around 20 per cent of end-use energy consumption. A study published by Eurelectric last year found that direct electrification of between 38 per cent and 60 per cent of the EU’s economy will be needed to meet the targets set out in the Paris Agreement. In the most ambitious scenarios, almost two thirds of transport and building energy, and up to 50 per cent of industrial processes, will be directly electrified.

Two technologies in particular will support this switch to electricity: electric heat pumps and electric vehicles (EVs). The recently published Government Climate Action Plan envisages the installation of 400,000 domestic heat pumps and almost a million electric cars on our roads by 2030. The Plan also sets a target of 70 per cent of electricity coming from renewable sources by 2030, up from around 30 per cent today.

For its part, ESB is working to reduce the carbon intensity of its generation mix by two thirds by 2030 and achieve full carbon neutrality by 2050. “We are in the process of replacing high carbon thermal generation with low carbon and renewable alternatives, and we have a pipeline of new generation coming on stream that will include solar and offshore wind,” says ESB chief executive, Pat O’Doherty.

“We are also investing in new network technologies to support the deployment of more renewables on the system.”

ESB has been investing in new technologies to support the transition to clean, low carbon electricity for well over a decade, he adds. “We can see the role that electricity will play as a catalyst for reducing carbon across all of society, and we are harnessing the resources of our entire organisation to make that a reality.”

This presents significant technical challenges, he says. “For most of the past 100 years, there were only a small number of power stations on the system and the network was designed to send power in just one direction,” O’Doherty explains.

“In contrast, the low carbon electricity system of the future will be made up of millions of distributed energy assets working together in a much more coordinated and efficient way.”

These assets will include batteries, electric vehicles, wind farms, solar panels, heat pumps, smart meters and so on – all operating as a part of a connected network, with information and electricity flowing between devices to bring power to consumers as it’s needed.

In this new energy landscape, customers have a key role to play, not only by adopting new technologies, like batteries, EVs, heat pumps and smart meters, but also by moderating their use of electricity to help make the system more efficient.

“For example, electric vehicle owners could be rewarded for charging their cars when electricity is plentiful and cheap to produce, or for supplying energy from their car batteries to help balance the grid.”

“But we can’t take it for granted that this will happen automatically. People will only step up as active energy citizens if they understand the rationale for doing so and see a seamless pathway to something that is significantly better.”

Choices need to be simple and make financial sense

New innovations and solutions are emerging all the time, but technology is just part of the answer. “We can’t underestimate the cultural shift that is needed to make the transition,” he says. “There really haven’t been any radical changes in the way that people use energy since rural electrification. Even tariff structures have hardly changed.

Faced with an array of choices and new technologies ranging from micro-generation and electric cars to battery storage and smart appliances, some customers will opt to take on a full and active role within the energy system, but others will remain passive unless it is extremely simple or financially appealing for them to act.

“What people want more than anything else is simplicity and value for money. But to really encourage customers to get on board, we need to provide them with products and services that directly respond to their needs, motivations and everyday challenges.”

By working collaboratively, we can effect fundamental social change

ESB is working on delivering those products and services in a number of ways. “One of the steps we have taken is to set up a dedicated innovation hub where we develop new products through a process that involves the customer at every stage. We have also established customer panels to trial and give feedback on new technologies and products and services.”

O’Doherty is aware of the need for an inclusive approach to decarbonisation. “It is particularly important that the drive to decarbonise does not come at the expense of the poorest in society,” he contends.

“Investing in new technologies like heat pumps, micro-generation and electric cars may be a rational economic choice for those with higher disposable incomes, but those who can’t afford to participate can’t be left to bear increasing fixed costs embedded in the energy system. It will therefore be necessary to draw insights from projects, like the ESB Networks Dingle Project, to identify what issues may have to be addressed in future commercial and regulatory structures.”

He believes the targets set out in both the Climate Action Plan and the Paris Agreement are achievable.

“Although an ambitious and audacious goal, the electrification of society is achievable if everyone wants to do it, but it requires an informed, engaged public, compelling customer centric propositions, and an enabling environment that unleashes innovation and protects the most vulnerable in society. By working collaboratively, we can effect fundamental social change and leave a really positive legacy for future generations.”

Find out how ESB is creating a brighter future at esb.ie/brighter-future